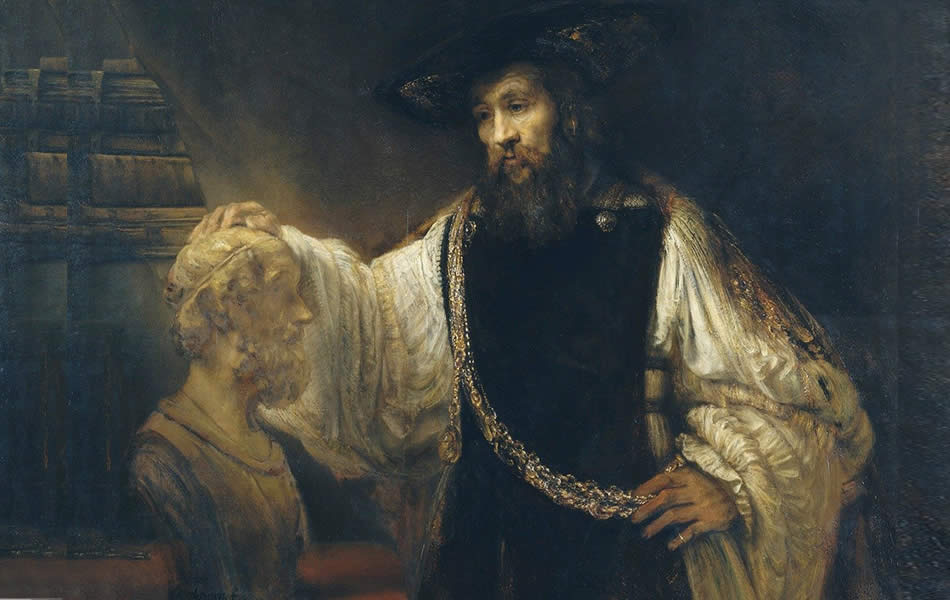 ​Happiness is letting go of what you think your life is supposed to look like.

More than 2,000 years ago, the Greek philosopher Aristotle stated that happiness is the meaning and the purpose of life, the whole aim, and end of human existence.

Yet, the problem is that humans aren’t designed to be happy. We’re designed to stay safe, survive, and reproduce. A constant state of happiness and satisfaction would make us more vulnerable and threaten our survival. That’s why you often find yourself worrying, even though there’s not much to worry about and life seems to be okay.

The second problem, however, is that most people view happiness as a response to a particular event or situation. They think they’ll be happy if something happens.

“I’ll be happy when I make more money” or “I’d be so much happier if I’d finally lose some weight” are common thoughts of millions of people across the globe.

But here’s the truth: Genuine satisfaction isn’t tied to a specific outcome. It’s not an if-then-clause. It’s a way of living your life with honest appreciation despite hardships and setbacks.

If your happiness is tied to an outcome, you won’t ever find long-term satisfaction because you’ll always chase the next milestone, the next increase, the next award.

The moment you hit the finish line, you’ll raise your standards and start from scratch. And even though chasing goals can be fun, contentment shouldn’t be a goal; it should be a sustainable and stable part of your life. As Deepak Chopra preaches:

“When you’re happy for some reason you’re still in misery because that reason can be taken from you tomorrow.”

They Don’t Let the Outside Dictate Their Inner World

You can only be genuinely satisfied if you can be yourself. Too often, we try to satisfy anyone around us: Our parents, teachers, bosses, society,… but forget ourselves.

And the harsh reality is that all these people will likely have expectations about how you should be. But if you follow their wishes, you’ll end up being who they want you to be, not who you really are.

Happiness starts within yourself and genuinely satisfied people don’t let others mess up with their priorities.

You need to live with the consequences of your choices and mistakes, not your friends or family members. So you might as well make your own decisions and live life according to your rules.

This won’t only ensure that you live your best life, but it’ll also help you show up in your best possible version for all the people around you. And as Mandy Hale claims:

Happiness is letting go of what you think your life is supposed to look like.

According to Amartya Sen, a Nobel Prize-winning economist, societies that allow their citizens to expand their level of freedom and independence see a corresponding boost in the quality of their lives. He states that freedom is both the end and the means to sustain general welfare across the globe.

Most people love sharing their own two cents on pretty much anything even if they don’t have much to say. Just think of the recent pandemic: Suddenly, everyone seemed to be a virologist and an expert on vaccines.

Even if we know that our opinion is biased, subjective, and probably not even valuable, we often feel the urge to share it. That’s partly because we struggle to say, “I don’t know”.

But here’s the truth:  Most of the time, staying silent is better than spreading wrong information or sharing your unsolicited opinion.

If someone’s genuinely happy and satisfied, she doesn’t feel the urge to constantly share her opinion and give unsolicited advice. Instead, she can openly communicate that she doesn’t know everything.

Getting support and receiving meaningful advice is great if you ask for it. Yet, people who share their two cents without being asked are annoying, not helpful.

Genuinely satisfied people know that failures and setbacks are vital in life and don’t beat themselves up when they make mistakes. They learn their lessons and move on.

Too often, we waste endless hours being angry at ourselves because of a failed opportunity or a mistake we made in the past. Yet, the key to living a genuinely satisfying life lies in acknowledging failures as opportunities so we can make the most out of them.

Failing isn’t pleasant, but it’s a vital driver for growth. And as Paulo Coelho states:

The one who falls and gets up is stronger than the one who never tried. Do not fear failure but rather fear not trying.

Making progress is about trying your best, not about avoiding mistakes. If you make smart decisions, ask for help, and give your best, you’ll eventually reach your desired destination.

If you waste endless hours judging yourself for past failures, you’ll eventually lack the time, energy, and passion to make great things happen.

They Don’t Ignore the Small Things

If you’re genuinely satisfied, it becomes easier to ignore the nonsense happening around you. You don’t feel the urge to stay up to date on everything that’s happening in the world. You aren’t excited about being on every new social network that pops up.

Most importantly, you don’t waste your time and energy being frustrated about other people’s behavior. By disregarding these things, you have more time and space to appreciate the small pleasures in life.

By limiting the time you spend scrolling through endless social media feeds, you might suddenly have time for a relaxing cup of tea or coffee.

By taming your emotions and arguing less with your partner, you might be able to read more books that light up your heart and soul.

Most of the time, the small pleasures in life are what make it worth living. Yet, we often find ourselves chasing big wins and end up frustrated when we realize that the increase of our income, a faster car, or the luxury handbag didn’t really make us happier or more fulfilled.

If you want to be genuinely satisfied, make more time and space for the small pleasures in your daily life. As Eckhart Tolle preaches:

“Acknowledging the good that you already have in your life is the foundation for all abundance.”

Happy people tend to be more grateful than others. And they’re not thankful for their Porsche or their Louis Vuitton bags but for all the small things and moments.

Think of all the things in your life that make you happy and ask yourself how you could add more of them into your daily life, even if it’s just a few minutes per day.

Schedule them in your calendar as if it’s a critical appointment because that’s what they are. Turn your happy moments into anchors in your life instead of viewing happiness as an outcome.

They Don’t Put Others Down
People who are truly happy are also truly helpful. — Gabby Bernstein
If you see someone putting others down, sending hateful messages, or sharing negative comments, you can be sure this person is not satisfied with their own reality. There’s always room for constructive feedback, criticism, and different opinions but putting others down is a mere reflection of your own insecurities and struggles.Genuinely satisfied people don’t feel the desire to offend, insult, or harm other people. They focus on their own lives and try to be supportive instead of destructive. They try to lift others up instead of looking down on them.
Happiness is never something you get from other people. The happiness you feel is in direct proportion to the love you are able to give.— Oprah

Studies even prove that others’ happiness can rub off on you:

“People’s happiness depends on the happiness of others with whom they are connected. This provides further justification for seeing happiness, like health, as a collective phenomenon.”

People who report being happy are often surrounded by happy people. If one of your friends or family members reports being happy, your likelihood to be satisfied increases by 15.3 percent.

Another study states that happiness is contagious.

“..when a person becomes happy, a friend living close by has a 25 percent higher chance of becoming happy themselves. A spouse experiences an 8 percent increased chance and for next-door neighbors, it’s 34 percent.”

Long story in short: Happiness, just like misery, is infectious. If you feel good, those around you will feel better too. If you spread negativity and hate, you’ll feel the same way yourself.

If someone’s constantly interrupting a conversation, it’s a sign that they feel the urge to be present and heard. Genuinely satisfied people, however, can remain silent and listen to others’ voices without freaking out.

And even though speaking and sharing your ideas is more fun than shutting up, the reality is that your ability to remain silent tells a lot about you.

And the reality is that nobody likes being around someone who’s constantly talking about himself. Yet, that’s what most extroverted people do all the time without even realizing that they’re annoying their conversation partners.

If you’re genuinely satisfied with the results you create and how you live your life, it shouldn’t be hard to sit back and relax while others share their stories and thoughts.

Sometimes, you even need to ask yourself whether you want to be right or happy. And if you choose happiness, you might want to stay quiet instead of sharing your two cents on any topic.

In the end, genuine satisfaction is a state of mind and it’s not related to your behavior in the outside world.

They Don’t Forget To Rest

You can’t be genuinely satisfied if you’re always feeling tired. Yet, the reality is that most adults feel exhausted most of the time.

According to a U.S. survey by Virgin Pulse, 76 percent of employees report feeling tired many days of the week. And the problem is that studies prove our risk for depression increases when we don’t get enough rest and sleep.

Additionally, we’re also much likelier to experience high levels of stress when we’re not well-rested. Being fit, healthy, and well-rested adds quality to your life and helps you stay positive and focused during challenging situations.

A well-rested mind also helps us process our emotions and communicate more effectively with our fellows.

Rest and self-care are so important. When you take time to replenish your spirit, it allows you to serve others from the overflow. You cannot serve from an empty vessel. — Eleanor Brown
FINAL THOUGHTS
Quite often, getting rid of destructive patterns can improve your life at least as much as adding new routines. By being aware of and avoiding the seven things genuinely satisfied people don’t do, you might be able to add some happiness to your daily life too.Don’t turn this into a race for happiness, but see it as a life-long journey of becoming your happiest, most satisfied self. As stated at the beginning: Genuine satisfaction is not a reaction but a constant state of appreciation, even when life gets tough.
Happiness, in fact, is a condition that must be prepared for, cultivated, and defended privately by each person. People who learn to control inner experience will be able to determine the quality of their lives, which is as close as any of us can come to being happy. — Mihaly Csikszentmihalyi

Web and social network links below… 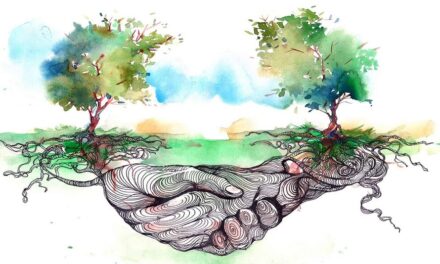 10 Signs Someone Is a Kindred Spirit In Your Life 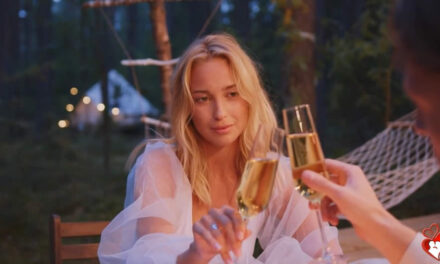 Top 10 Reasons to Smile Every Day 😊 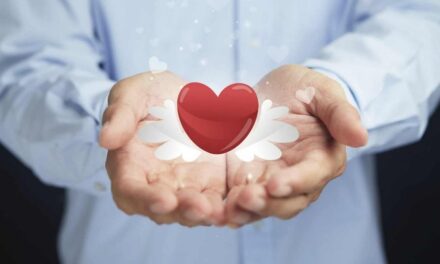 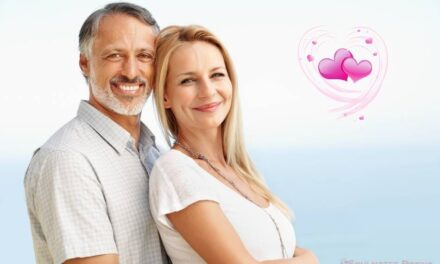