10 Signs You Have A Spiritual Gift 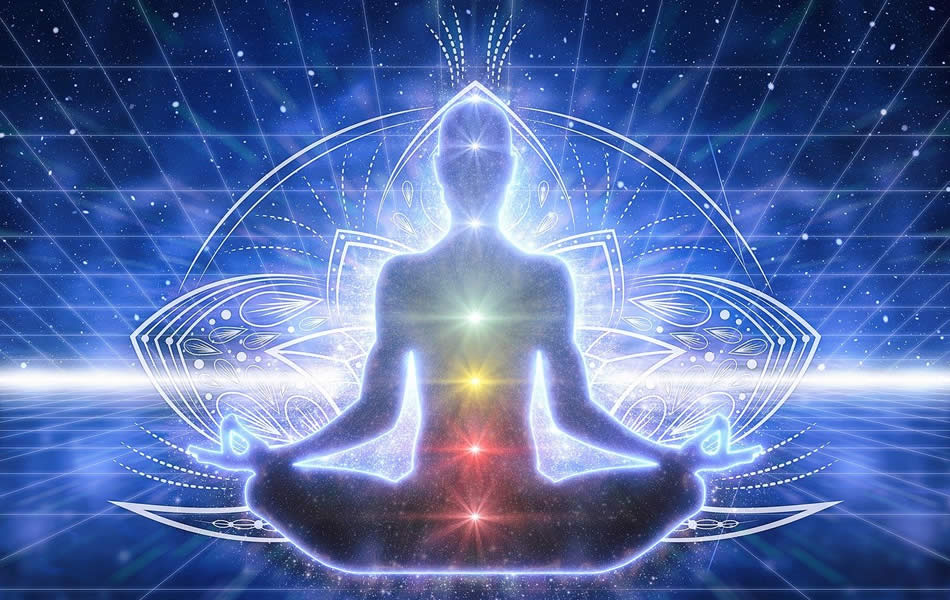 Notice if you have had any of the following experiences and what you can do to encourage them in a more powerful, positive, and impactful way, thus supporting your life journey.

One — Synchronicity
Have you ever heard the phrase that things come in threes? When there are trends happening in your life it’s extremely important to be paying attention.

Six months after I had moved to Los Angeles, I received a phone call from a friend who said he would be visiting in about three weeks and wanted to catch up while in town. Well, two weeks later when I was thinking about him in the preparation of our plans, I didn’t reach out because I figured he would contact me as he did the first time. I thought about him quite a few times and even had a dream about him. I woke up after the dream knowing I needed to make a phone call to him that day. Instead, I went into shock when I got on social media that morning seeing numerous posts in response to his suicide.

Lesson learned; from now on, anytime I think of the person three times, (or even less), I pay attention and pick up the phone to make that call. The majority of the time the person on the other end is ecstatic to hear from me.

Two- Dreams While Sleeping
Sleeping is our most creative and vulnerable state, so dreams and visions come most easily during this time. My Mom had a dream once that my Father was about to die and she woke up promptly at about 2a. She quickly said some prayers and tried to go back to sleep from this nightmare.

Well, as it turns out, my Dad had been climbing Mt. Hood in Oregon, and at about that time (most likely the exact time), he had stepped onto a crevasse and a whole landslide started where he almost died. We don’t always know why we receive the dreams, but if messages come to you through them often, it’s important to pay attention to them.

Three- Visions
This could be an image that you get while talking to someone, a premonition such as mentioned above in the dreams, or it may be just a random image that pops up into your mind.

For example, let’s say you’re pulling out of the driveway, and all of a sudden you feel uncomfortable, and get an image of an accident in your head. You then choose to wait until you feel safe or drive to work via a different route than normal. Premonitions are often a form of communication to protect you and keep you safe from harm.

Four- 3a Wake Up Calls
You thought you were waking up at the crack of dawn to go pee every morning, but it might be something else. Waking up between 3 and 4 AM on a regular basis is a huge sign that there are spirits looking to communicate with you. This time is often referred to as the “spiritual” or “connection hour”. If you are waking up consistently at the same time every morning, sit up, and allow yourself to receive messages. Welcome them.
Five- Nightmares
Nightmares typically happen with children because they are the most aware of the spirit realm, often referring to their imaginary friends or villains. When we sleep we get to a “Delta and Theta” state similar to that of when we were children. If there are spirits out there trying to reach you, they may try at first to gently wake you up, but then turn to nightmares if that wasn’t doing the trick.

When I first moved, to Venice Beach, I was having nightmares every night. To make matters worse, the lights were flickering and I was hearing things. I was extremely uncomfortable, to say the least. I ended up doing a spirit clearing with one of my art pieces and surprisingly wound up finding out who the spirit was during the process.

Turns out, my neighbor’s mom had died at the early age of 17, she looked like me, and also happened to be an artist. EEEEEk! I was so scared by it all. Looking back from this point in my intuitive journey, I probably would have tried to communicate with her to see why she was in my space. At the time, however, I was just too uncomfortable and wanted her gone.

Six- Random Emotions
This is a very common trait among many people that they usually don’t even understand. Regularly, when we are experiencing sensations, they are not ours, but someone else’s that we know. This can even be random pains or random illnesses.

That used to happen to me all the time. Recently, I was driving from Los Angeles to Portland, and every time I passed a semi-truck, I started to feel extremely scared as if they were about to shoot me when I drove by. It was the most uncomfortable experience so I kept questioning it. Was I not supposed to be going to Portland?

Later that evening, I found out that my girlfriend’s parents were being held in captivity in Brazil and that gangs had burst out all over the city. Apparently, I had been experiencing the fears and emotions of her family and I was at peace as soon as I figured out what had been going on. When this happens, though, you can take a deep breath, and exhale relieving yourself of all emotions that are not yours.

Seven- Voices or “Hits”
Frequently, when I’m talking to people and asking them a question, I get an answer in my head before I even hear them respond.

Some people hear voices. Some feel the thought pop up in their mind, and others feel a response in their heart. It doesn’t matter how the messages are coming to you, what matters is that you’re conscious of them. This is a beautiful gift when recognized, and can be so supportive in all areas of your life.

Eight- Warm & Cozy Feelings
Become aware of when things feel good and when things feel awful. Let’s say, for example, you imagine yourself hanging out with your friends and laughing hysterically… What do you feel in your body while thinking about this experience?

Then picture yourself having the worst day of your life, whatever that is for you, and feel into what your body shares with you during that moment. As you turn to your being with questions on a regular basis, the good and bad feelings will become more prominent. Then you can be your own “Oracle” and be connected all the time. Instead of warm and cozy it might feel like pressure, or a cold sensation as well. It’s up to you to discern the experience.

Nine- Tingling Sensation
Many times when people are sharing something amazing, I get a tingling sensation. Also, when working on clients, I might receive the same feeling when clearing trapped emotions, beliefs, and more. Tingling and tickling sensations typically make your body move, maybe even do a quick dance in excitement.

The jumping experience typically is automatic, and then you react to it. When I’m writing something good even, I’ll sometimes be tingling the whole time. To me tingling is magical, it’s when things are spot on and miraculous. The sensation is the body saying “Yes!” to life.

Ten- Pressure Between Your Eyes
Many times before you are aware of your intuitive gift, you might start to feel the pressure between your eyebrows. This is known as your 3rd Eye and a place where you can receive messages and guidance. Those that are clairvoyant and can receive the messages will feel this sensation the most. Then it’s about checking into the spot and sharing or “thinking” about how you are ready to receive the visions. Some people also see other’s chakra color’s via their 3rd Eye.

If you are curious about developing your intuitive abilities, consciously welcome in the experiences above. As you become aware of the various situations, you can practice gratitude for the experience. In a way, it’s almost like getting conscious about your subconscious. It is a fine line for sure, but like any other exercise of strengthening a muscle, it most definitely gets stronger through practice, and you can increase the rate at which guidance and messages come to you.

Acknowledgment and gratitude are the fastest way to increase your intuitive abilities because it shows your trust and belief in the guidance process.

In Closing
One last very important thing to note is where the guidance is coming from. It’s important to make requests that you only receive messages and guidance from the highest beings and light. Another option is to ask for the highest perspective and truth. This way you are protecting yourself, especially when it comes to nightmares and voices. You don’t want guidance from those who do not have your best intentions feeding you any sort of guidance. 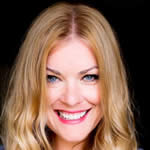 Master Healer, Author, & Intuitive Coach Bethany Londyn, is gifted with the ability to see into the unseen souls of businesses and individuals providing clarity, creativity, and commanding opportunity for her clients. Owning the Healer title for the majority of the decade, Bethany has worked on everything from companies, diseases, cancer, real estate, job opportunities, love, relationships, financial opportunities, mental health & wellness, and more.

Article credit and social network links are below… 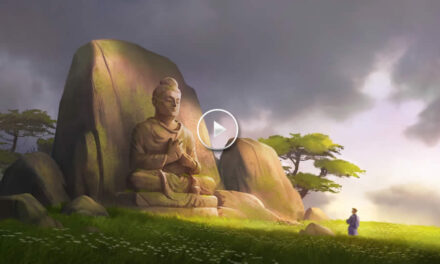 When Love Becomes Infiltrated by Jealousy and Hate 🎞️ 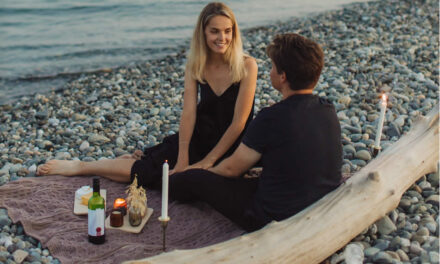 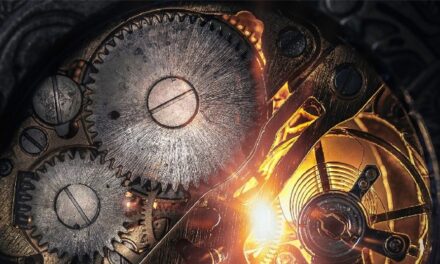 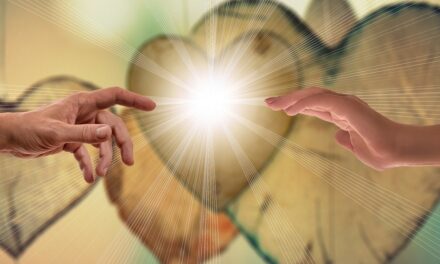