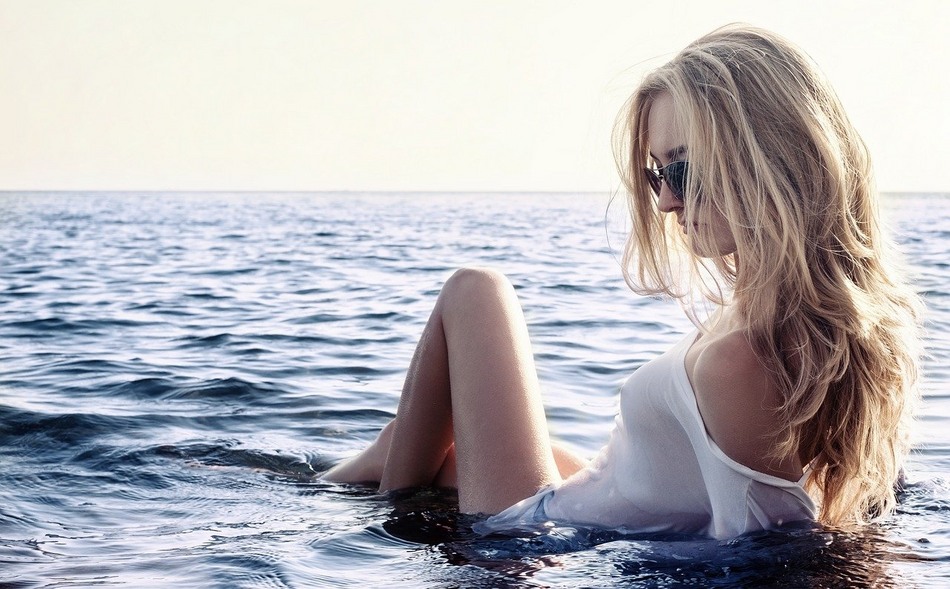 Exploring the ‘Blue Health’ phenomenon and the well-being benefits of oceans, lakes, and other bodies of water

Human beings are land animals. We have feet, not flippers. While our body needs water to survive, those needs don’t require that we submerge our heads in H2O.

You might think that diving into the water, like peering over a cliff’s edge, would provide a little adrenaline rush. But it turns out that just the opposite is true. “Water submersion has some counterintuitive calming effects,” says Roly Russell, Ph.D., a researcher at the Sandhill Institute for Complexity and Sustainability and first author of a 2013 Annual Reviews paper on the health benefits of time spent in nature.

When a person’s face is underwater, research has found that the heart rate slows and certain blood vessels constrict. Blood is redistributed from the limbs to the brain, heart, and other central organs. Vagal tone and parasympathetic nervous system activity — both of which are associated with the body’s “rest-and-digest” states — are turned up. At the same time, elements of the sympathetic nervous system and the body’s “fight-or-flight” responses tend to mellow out.

Russell says that these physiological shifts are known collectively as the human “dive response” or “dive reflex.” The dive reflex was first observed in marine mammals like seals, and it’s thought to help the mammalian body conserve oxygen when underwater.

In people, the dive reflex is especially pronounced in newborns, nearly all of whom will instinctively hold their breath, and whose heart rates will slow, when dunked in water. (Just blowing air on a crying infant’s face is often enough to trigger the dive reflex, which can calm a baby down.)

The human dive reflex is so reliable that ER doctors have used it to treat certain types of heart arrhythmias, including the type that occurs during panic attacks. (In one study, they triggered this reflex by asking patients to hold their breath and dunk their faces in cold water for 15 seconds.) Some researchers are exploring this and related water interventions as therapies for conditions ranging from anxiety to stroke.

The dive reflex is just one example of the deep connection that human beings have with water, and, more broadly, with nature. “It’s pretty unequivocally demonstrated that interacting with nature makes us happier and healthier people, and that those positive impacts on physiological and mental health are real and material,” Russell says.

Much of the research to date has focused on “green spaces” and the salubrious effects of spending time in natural environments. But recently, scientists have started to turn up evidence that interacting with water — living near bodies of it, listening to it move, or even just looking at pictures of it — may be a potent antidote to anxiety and other stress-associated mental and physical health conditions.
The ‘Blue Health’ phenomenon
Public health and urban-planning experts have long recognized the well-being benefits of parks, trees, and other “green spaces.” A 2016 research review conducted by the World Health Organization concluded that green spaces can reduce morbidity and mortality among city dwellers in part by reducing stress and boosting “psychological relaxation.”

While water often features in these green spaces — either intentionally, as is the case with an installed fountain or pool, or coincidentally in parks or walking paths situated near rivers and other bodies of water — the “blue” elements of these urban green scapes have tended to be glossed over in the health research.

You can take almost all the green-space research, sub in the word blue, and find a lot of the same effects.

But recently, the “Blue Health” initiative, a European research group led by scientists at the University of Exeter in the U.K., has found evidence that spending time in or around water may be just as beneficial to human health as spending time in green spaces.

“You can take almost all the green-space research, sub in the word blue, and find a lot of the same effects,” says Wallace J. Nichols, PhD, a marine biologist and former senior scientist at the non-profit Ocean Conservancy.  “Green space is good, but add a pond or a fountain or a lakeshore and it’s better.”

Nichols is the author of Blue Mind, a book that explores the benefits of time spent in or around water. He says that being near water is naturally calming, which may help explain why so many of us seek out beaches or other water-adjacent destinations during our vacations. But water does more than combat stress or induce a state of relaxation.

“Water is also a source of creativity and inspiration,” he says. “When you look at water, there’s what people describe as this soft fascination — something that is interesting and that holds your attention, but not in an information-rich way.”
Water takes you away from distractions and simplifies the visual landscape.

Why does water do all of this good work for us? One of the likely (though hard-to-prove) explanations is that because we need water to live, some part of the human brain may feel anxious when a source of water is out of sight or earshot.

Some evolutionary scientists have even speculated, controversially, that for major stretches of our species’ history, human beings may have spent significant amounts of time in and near water, which some have pointed to as an explanation for our lack of body hair and other water-friendly anatomical characteristics. (This is known as the “aquatic ape hypothesis.”)

Nichols also points out that, like forests and other natural environments, bodies of water possess qualities that could be considered the obverse of those elements of contemporary life that stress people out. “By that, I mean technology and screens, first and foremost,” he says. “Water takes you away from distractions and simplifies the visual landscape.”

Other researchers make this same point when discussing the auditory qualities of water — and of nature in general. “What is nature and what are nature sounds? I think the most important distinction you could start with is that these are not a text or a news story or a social media post — or something else purposely intended to make you angry or fearful or anxious,” says Orfeu Buxton, PhD, a professor of biobehavioral health at Pennsylvania State University.

Buxton says that much of today’s media and technology is compelling because it taps into the brain’s arousal-related networks — areas and systems that evolved to detect novelty and threats, and that is now being co-opted to keep a person’s attention riveted to a screen.

Water sounds — crashing waves, a babbling brook, falling rain — tend to have just the opposite characteristics, he says. They are rhythmic and usually build up or dissipate gradually, rather than suddenly, which are qualities that the brain finds inherently soothing.

How to get more water into your life
Based on his work and research, Nichols says that people should put more effort into spending time in and around water — whether that water is “wild, domestic, or virtual.”

If you don’t have access to a beach, a lake, a pool, or some other swimmable body of water, he says that listening to the water, looking at pictures of water, or even taking a shower could offer some of the same rewards. “If you cross a river on your way to work, just pause and appreciate it,” he says. “When you take a shower, be more aware of how the water feels on every part of your body.”

Sandhill’s Russell says that many of the challenges of modern life may boil down to the fact that, as organisms, human beings are no longer living in environments to which our species is adapted. Spending more time around water and in nature may counteract those challenges. A 2020 study in the journal Frontiers in Psychology found that as little as 10 minutes spent in natural settings may be enough to provide well-being benefits.

“We don’t like the idea that these changes we’re making might have consequences that we’re ill-prepared for, or unequipped for,” he says of modern life. “We’ve evolved in natural spaces, so it seems naive to assume that we don’t have some pretty hardwired aspects of our well-being tied to those natural environments.”

Especially when it comes to water, the Fountain Of Life.
Water is indeed essential for all life on, in, and above the Earth. About 70 percent of the human body is made up of water and, coincidentally, more than 70 percent of the surface area of Earth is covered by water, seemingly an indirect connection to our aqueous nature.

I write mostly about health, science, and psychology. I’ve been a regular contributor at Time, Men’s Health, Playboy, Men’s Journal, and Vice. I still write for several of those publications, and occasionally for many others. I live in Detroit with my wife and kids. I’m trying to learn German, but my progress so far is nicht so gut. 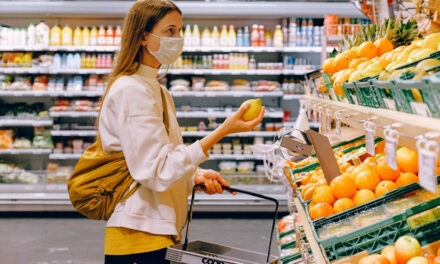 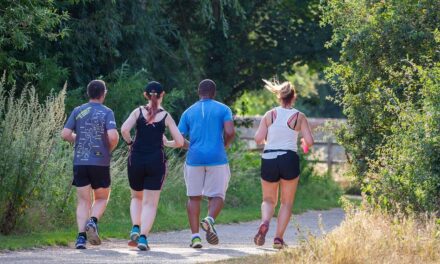 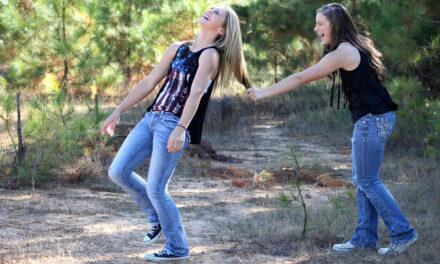 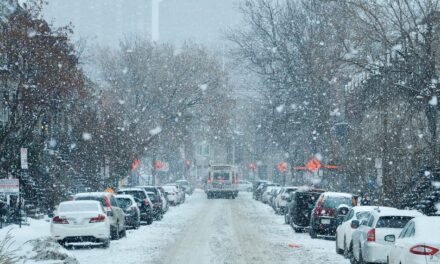 What Are The Real Health Risks Of Winter?